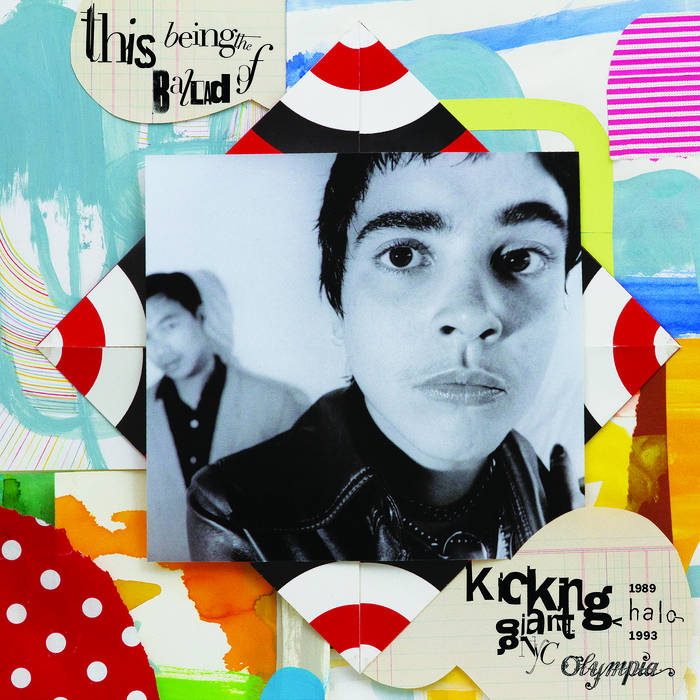 The best music for
another brilliant person
choosing to leave us.

Rumbling drums and
noisy feedback on the top
is our friends, crying.

By 1989 it seemed that much of the impish glamour associated with downtown New York had dulled, leaving in its place a mood of sleazy desperation. There was a hardness to the scene then, the sound of metal on metal, forced nihilistic poses, but the common denominator to these trends and living in the city as a whole has always been the convenience of reinvention. Regardless of how dangerous or expensive the city is it will always be the destination of mixed up children determined to tinker with their identity. A hybrid of possible worlds invented by exiles. Rachel Carns left small town Wisconsin for New York and Tae Won Yu was from the immigrant enclave of Flushing—the last stop on the 7 train. They met as art students at the Cooper Union in downtown Manhattan, far from their family and past lives, four blocks from CBGB’s and the Pyramid Club.

In 1989 Tae was making 4-track recordings in his East Village apartment, obsessively going to shows and generally slacking as a student when he spied Rachel wearing a Einstürzende Neubauten shirt at the school wood shop. Recruiting her as a drummer for his idea of a minimalist, experimental punk duo, Kicking Giant would commence activities as soon as they could find a drum for Rachel. Their first set up was only a floor tom without a stand which was wedged into a low stool. Tae played guitar and sang, Rachel had never played drums before.

It didn’t take long for Tae and Rachel to develop a common language based on improvisation and spontaneous digressions. The nascent duo began playing with a sound that veered from the sweetly melodic to disorienting dissonance—a fanatic’s collage of the bands they were seeing and listening to at the time; Galaxie 500, Laughing Hyenas, Pere Ubu, Jonathan Richman, "Astral Weeks", Love, Suicide, VU, Big Star’s "3rd.'

Centered on Rachel’s self-styled stand-up drum kit and Tae’s guitar; at times delicate then careening into a fevered squall—the band developed an intensely innovative sound that documented their balancing compulsions. On one hand, there was the derangement of living in urban squalor and on the other, a predilection for simple harmonies and unpretentious purity.

Confirmed practitioners in the D.I.Y. aesthetic, they began issuing cassette albums that they would dub at home and distribute through an underground network of zines, independent labels and pen pals. In 1990 they began an alliance with like minded compatriots from local scenes in Olympia, Washington and Washington D.C. Correlating the punk approach with third-wave feminism of Riot Grrrl and community involvement, Kicking Giant was part of an emerging group of bands and labels that eschewed the traditional goals of a career in rock for an active engagement with the audience and a pursuit of an independent means of livelihood.

During this period they performed regularly, playing shows with bands such as Bratmobile, Tsunami, Nation of Ulysses, Bikini Kill, and Unrest, as well as local NY bands, Sleepyhead and Versus—their community of bands expanded further when Kicking Giant traveled to Olympia to perform at the International Pop Underground Convention in 1991. They relocated to Olympia in 1992, continuing to record and tour, establishing themselves as one of the most riveting live bands of the era.

Halo was issued in 1993 as a compilation of the band’s work since its inception—a mix of previously released songs on cassette and more recently recorded artifacts since their relocation to Olympia. The concept of the album was to take advantage of the expanded capacity of the CD format and create an ersatz mixtape. The song selection wildly fluctuates from melodic-punk (Satellite, Weird) to anarchic ("Go Girl"), experimental abstraction ("Rachel’s Song") to delicate ballads ("If Not You", "The Way That You Are"). In between there are lo-fi, 4-track experiments ("Cry Baby Cry", "Hi"), an appearance by celebrated artist, Nikki McClure (Rocket Dreams), a dreamlike cover of a Gershwin tune ("Five–I Loves You Porgy"), layered guitar noise graffiti ("Throw", "Halo"), and a bona fide punk anthem ("Fuck The Rules") thrown in for good measure.

When Halo was first released in 1993, the original vision for this record was that a fellow misfit with a voracious hunger might cross paths with it, and though she may be perplexed at first—connect the dots by her own design and make it her own private soundtrack, from one oddball to another.

Now in 2017, we present Halo as an open love letter to the fellow travelers from the heady days of zines and letters and mail order records, and with a hope that the spirit of openness may still have a place in connecting with faraway strangers and our passion for noise and beautiful collisions.

The original release of the Halo CD was packaged in a origami styled folded enclosure and a mini lyric book. The current reissue deletes three original tracks ("Suck", "13.13.13.", "Mario") while adding one new song from the Present cassette album ("Cry Baby Cry") due to time limits of the LP format.