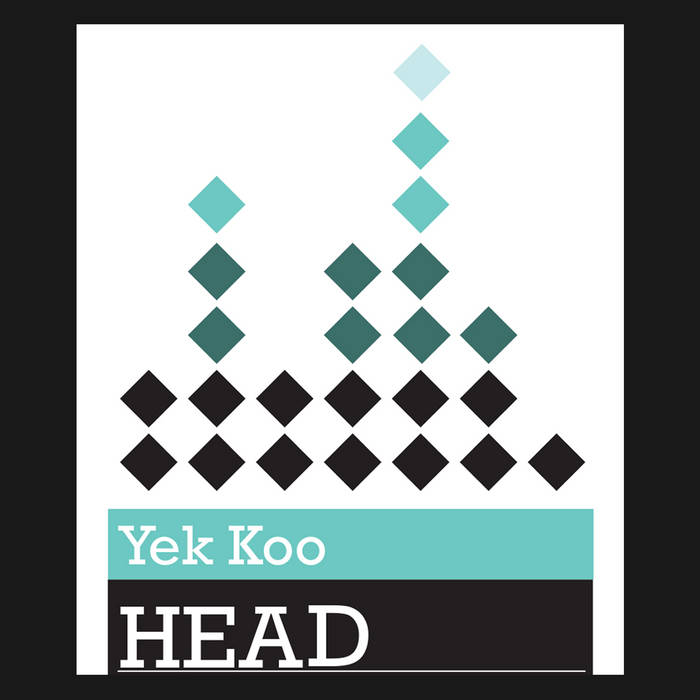 Body movements imagined in each heard breathe and tap, tapping within the intervals between what the ears hears and what the mind alters,

The silent pauses and gestures of motion un-recordable, in unidentified spaces in broken time over the span of twelve years,

This is YEK KOO, crossing the terrain between visual and poetic performance between space, body, microphone, and breathe, horn exclamations and sparse rhythms moving within and against the physicality of space and matter.

Yek Koo is Helga Fassonaki, an artist and musician who is fluent in experiential experimentation. Never the same, Fassonaki’s live performances often include ragged stripped-down cloaks of distorted guitar, wailing vocals, a pocket trumpet, cassette loops, and body movements alongside a communicative exchange between herself and audience. A native and current resident of Los Angeles, Fassonaki spent the last several years on the US East Coast refining her own language for navigating the terrain of performance both with and without ‘the missing element’ – the live contact between audience and performer. Exploring the relationship between space, body, microphone, and breath, Fassonaki, as Yek Koo sculpts sound in the moment allowing for horn exclamations and sparse rhythms to move within and against the physicality of space and matter.

Additionally, Fassonaki is one-half of free psych due Metal Rouge and co-owner of the label Emerald Cocoon of which both projects are in partnership with New Zealander Andrew Scott.

Head, a cassette from Drawing Room Records, represents the most current offering from Yek Koo.

It is near impossible to musically experience Helga Fassonaki as Yek Koo without losing one’s breath in sensory amazement. It’s an addictive whole-body movement that involves a multitude of listens with each repetition being a completely different encounter. As such, every new Yek Koo release is a jubilant excursion of the new and un-chartered.

On her new cassette, appropriately titled Head, Fassonaki provides recorded excerpts from her live Yek Koo performances between 2014 and 2015. Within each piece showcased, beats don’t move but push forwards and backwards through cassette players where they are then rerecorded, deleted, or otherwise. Diminished layers of hissing dance intercept with horn notation and haunting vocals in a dirty reverberation. Lost throughout the recordings are body movements brushing against the airwaves and distorting the sound source. It’s physical for definite and absolutely essential.